Dave William’s wrote to us further to running a half marathon in is home town of Poole to raise awareness of GIST Cancer and funds for GIST Cancer UK, to support his best friend Stuart and others who are diagnosed with GIST cancer. 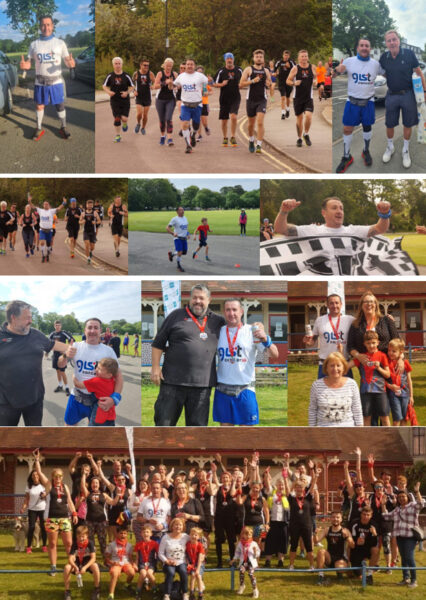 Dave’s story about what motivated him to help, makes touching and inspiring reading. (see below)

“Here’s a little something about my day and why I did it.

A few months ago, a good buddy Stuart text me saying that he had been diagnosed with GIST. This was a massive shock to hear and knocked me for six as we’ve been friends over 30 years.

Myself and friend Stuart Court both never heard of this cancer before.

He has joined a support group called GIST Cancer UK and is on medication to try and shrink the cancer, which I believe is working.

So, on hearing this I wanted to show him my support and decided I’d run a half marathon and raise money and share awareness of GIST.

After a couple of months of training I did my half marathon in Poole where we both live. I had amazing support along the route I had planned. Two great people ran the whole half marathon with me. “Thanks Marion and Harriet”.

I was greeted at the park by my running group RunFar. There were about 30 of them along with family and friends, which was awesome to see as I still had 3 miles to go! A good few of my club did the last few miles with me and my sons Curtis and Zack did the last lap.

My Curtis crossed the finishing line with me, only to be greeted by Stuart who I was doing this for. A massive hug and a few tears, very emotional moments.

To top things off, my running club made special medals for all of us who took part, which was lovely of them to do.

A big thank you to everyone who donated as at present I’ve raised £1,275 which is amazing as it’s only been a few months ..

I’m so glad to have done this for my good buddy Stuart Court and to have spread awareness for GIST Cancer UK”.

Thank you Dave, you are a friend indeed! 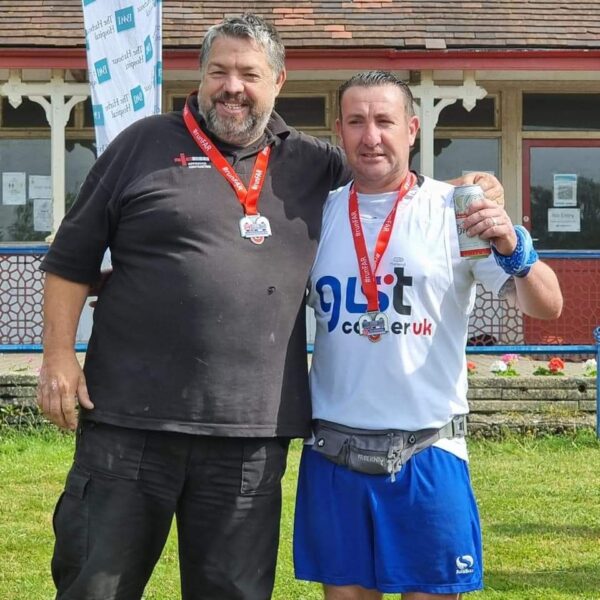 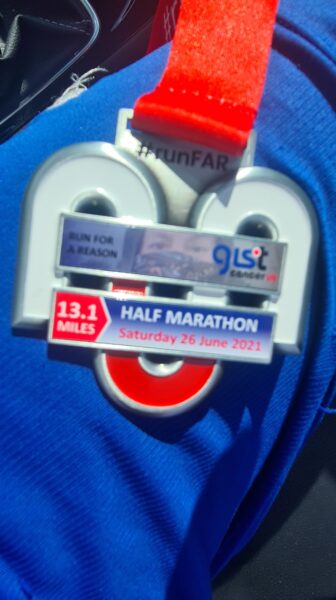