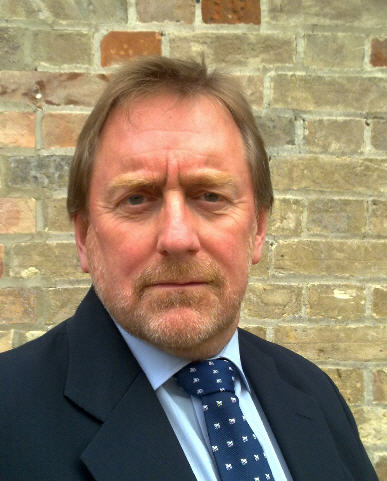 I had been generally feeling a bit below par and my appetite had declined through late 2011 and the early part of 2012 and I was seemingly putting on weight. I am normally around 90 kg, but my weight was creeping up to 100 kg. My wife put this down to enjoying retirement too much (I retired after a long career in the oil and gas industry in 2009), but I knew that there was something wrong when I felt discomfort, but not serious pain, in my abdomen one evening whilst sitting watching TV. I had to go to bed immediately and spent an uncomfortable night with right upper quadrant discomfort. The following day a trip to the local Health Centre and my GP suggested gall bladder problems and put me onto penicillin and anti-acid (I had experienced a little acid in my system). I returned a few days later (no change in symptoms – distended and very hard abdomen), and he recommended that I pay privately for an ultrasound scan and a consultation with a general surgeon at the local private hospital. These were arranged virtually immediately, and it was clear from the ultrasound (which was terminated after just a few minutes) that I had a huge “obstruction” in my abdomen (“your stomach and liver are pressed up into the top of your abdominal cavity, and I can’t even see one of your kidneys because of the obstruction”). A couple of days later a short consultation followed with the surgeon who indicated that a CT scan would be necessary and, within, two days this had been arranged at the West Suffolk Hospital (WSH, Bury St Edmunds) (via the National Health). My consultant (Neil Keeling) was in London the following day, but called me early the day after (Friday) and said “come into Accident and Emergency and we will be operating on you this weekend”.

I was admitted to the WSH that Friday and went down to surgery at about 3pm on the Saturday afternoon (28th April 2012). To cut a long story short, a tumour weighing approximately 5 kg, being 26cm in diameter was removed most skilfully by Neil Keeling that afternoon in a 3 hour operation. My gall bladder was removed in the same operation through an incision that extends from my sternum to below my belly button (Neil had warned me that this was “unlikely to be keyhole surgery”). In addition to the general anaesthetic, I had a revolutionary new anaesthetic procedure involving an epidural into my lower spine that meant that I was able to get up and walk around almost normally the following day (Sunday) (I was even filmed doing this for pain management research purposes). My recovery was sufficient to allow me to be discharged to home at lunchtime the following day (Monday), less than 48 hours after I had gone down to theatre. I didn’t even have external stitches – the wound was closed with steri-strips! The treatment and support at the West Suffolk Hospital was absolutely first class. Apart from some delays in my bowels getting back into full working order (this was at times more discomforting than the operation!) I made a steady recovery and was able to go on a foreign holiday about three weeks after the operation. By this time, however, I had received a call from Neil informing me that he was referring me to the Oncology Unit at Addenbrooke’s (Cambridge) Hospital (he also mentioned Royal Marsden but acknowledged that Cambridge was nearer). My first appointment at Addenbrooke’s was less than five weeks after the surgery, and it was at this meeting that I was informed by Dr Bulusu that I had a rare cancer called GIST. It seems that there are a number of specialist GIST Centres around the UK and that Dr Bulusu at Addenbrooke’s is one of the doctors who specialises in this rare sarcoma. Rather surprisingly, Dr Bulusu said that he believed my GIST was the recurrence of a colon tumour that had been removed in the European Medical Centre in Moscow, Russia, in early 2007 (I was 56 years old at the time) (Neil Keeling had also hinted after rummaging around in my abdomen that my latest tumour may have been connected with “my adventures in Russia”).

At a follow up consultation with Dr Bulusu (June 28th 2012) we examined a new CT scan (taken the day before) that showed what a great job Neil Keeling did in removing the tumour. At this stage I was to have repeat scans every three months to monitor for regrowth, which would be tackled in the first instance by surgery. I was not prescribed Imatinib or other specialist drugs at this time. It was at this time that I was informed that my tumour was an EXON 9 mutation.

By October 2012, however, there was evidence of some tumour regrowth so I started on Imatinib (Glivec) at 400mg per day, which I was able to take without significant side effects, and continued taking for almost a year. By November 2013, three separate growths were identified, the largest of which was 7cm and I was admitted to Addenbrooke’s for “debulking” surgery (Dr Bulusu’s words) by Mr Hindmarsh on 24th November 2013. In addition to quarterly CT scans throughout 2012/13 I also had a PET scan prior to the surgery. The surgery followed the course of the April 2012 surgery – opened from sternum to below belly button, two days in hospital, glue (not steristrips) this time, home for recovery, two weeks for bowel to return to normal, etc. In view of my mutation I was then started on Sunitinib (Sutent) at 37.5mg daily. I continued on this until CT and PET scans showed some “possible progression” in July 2014, at which point Ramesh Bulusu switched me to 50mg Sunitinib (4 weeks on) and no drugs (two weeks off) and repeating. Sunitinib has, in my experience, greater side effects than Imatinib (diarrhoea, loss of appetite and acid), but I have not suffered from hand/foot syndrome, mouth ulcers, high bold pressure, etc., which are recorded in others.

At the time of writing (September 2014) I am progressing with quarterly CT scans and the Sunitinib 4 weeks on (50mg) two weeks off regime.