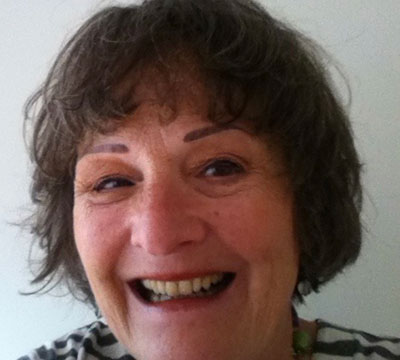 In 2014, I was feeling a bit off colour and kept asking people into my flat to see if they could hear the ‘boom, boom, boom’ that I was hearing and after about the 5th person said they couldn’t, I got a doctor’s appointment and he immediately took a blood test. He insisted I check into hospital next day to find out why my blood count was so low that l could hear my own heart beating!

After an endoscopy, they told me I had a stomach tumour called a GIST and that I would need blood transfusions and then I would be operated on in 4 weeks. A blood vessel near the tumour had ruptured and was causing the 50% blood loss.

After researching on the internet about GIST, registering with GIST Cancer UK, the tumour was removed via keyhole and a month later I saw the registrar who said ‘see you in a year; very low risk of recurrence’.

I had requested a copy of the pathology report which said ‘no mutational analysis conducted’ and this niggled at me for 3 months until I went to my GP and for a referral to The Royal Marsden where I was seen within 2 weeks.

The shock came when the RM told me that not only was I at a high risk of recurrence but my GIST was a WILD type. The registrar at the RM told me ‘I’d done absolutely the right thing coming to them’ and that I would be under their care from now on.

I was offered Glivec but refused as I the medical staff couldn’t tell me it would help me or not. Nearly 5 years later, I’m still clear and down to six-monthly scans so I feel lucky but never complacent.