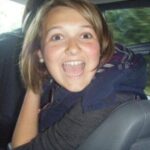 I was diagnosed with a Soft tissue Sarcoma cancer known as Paediatric Wild-Type GIST in 2009 and it took years before I was diagnosed.

This photo was taken 2 months before I found out I had a Melon sized tumour in my stomach. Carefree and trying to live the life of a normal 15 year old.

This girl had also been having headaches and colds on and off for over a year with no reason. Would get stomach attacks every few months for no reason that would make her feel sick and like her stomach was on fire, twisting and turning for hours. This girl was told she had irritable bowel syndrome, then when she started having blood pass through her stools she was told it was due to taking too much neurofen when she followed the back of the packets and never took more than she should.

After another year of tests trying to work out why her haemoglobin levels were dropping dangerously low (despite being put on Iron tablets), why she had blood leaving her body every few days and being told ‘we can’t see anything’ after having a camera shoved into her stomach twice it was time for a specialist to review my case.

That specialist saved my life. Within minutes of performing the same endoscopy that had been performed twice before, he found a melon sized Paediatric Wild Type GIST tumour, taking over almost the entire space within my stomach, growing through the wall of my stomach and pressing on other vital organs.

My first symptom happened when I was 11 at a Christmas family party and I was finally diagnosed 4 years later aged 15.

Don’t ignore your health and don’t think ‘oh it won’t happen to me’.

Sadly cancer can happen to anyone but an early diagnosis makes all the difference. If my tumour had been left just a few weeks more it would have spread into my liver. If you’re worried and your doctor gives you a reason you’re not happy with, be persistent and keep asking questions.

Had my family and I not been as persistent as we were my story may have been very different. I have been faced with an incurable cancer that I have fought off 3 times and probably will again at some point in my life; but I am so lucky and blessed to still be here, smiling, fighting and living!