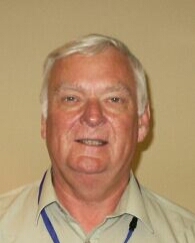 After discovering a primary GIST, which very nearly killed me back in September 1999, emergency surgery was carried out by Mr Nasmyth at my local hospital in Barrow. This ultimately saved my life. Unfortunately, despite the success of the surgery, the tumours spread to my liver and I was referred to the Christie in Manchester - beginning my extensive tour of the country's top cancer units! I owe my life to many of the wonderful people I met along the way.

Under the care of Professor Radford at the Christie, I started taking Glivec (400mg) in May 2002. However, my cancer progressed and this treatment was stopped in July 2003. After this I was being treated for my liver metastases at the Hammersmith Hospital, I was an in-patient nine times. If ever a surgeon did his utmost to keep a patient alive it was Professor Habib, who carried out the liver surgery, he is one man I'll never forget.

Without the people at the Sarcoma Unit, Royal Marsden, things would be very different for me now. I have Professor Judson to thank for that. I began the Sutent trial at the Marsden in July 2005. I have now been on the drug for just over two years (Aug 2007) and am feeling fine.

At the same time I began my fight to have access to high-dose Glivec (800mg) but was twice rejected by my Primary Care Trust (PCT) - Morecambe Bay - because the current NICE guidance only allows for treatment with 400mg.

Glivec is licensed for use at 400 and 800mg, but at the time that Glivec was appraised by NICE the 800mg dose was not yet licensed and so was not included in the guidance. This means that patients like me, whose doctors have recommended that 800mg Glivec should be made available to them, are denied therapy.

Supported by Health Secretary, Patricia Hewitt and my local MP, John Hutton, I made a third appeal against my PCT. With the political intervention, the weight of clinical evidence about the effectiveness of high-dose Glivec, expert advice and the support of Roger Wilson of the group Sarcoma UK and Dave Cook of GIST Cancer UK, I was finally successful in getting access to this drug.

The good news is that after a six-month battle I have now finally won the right to 800mg of Glivec, should the Sutent no longer prove to be effective.

Myself, Dave and Roger believe the ruling will pave the way for other GIST sufferers to obtain high-dose Glivec.

We are sorry to say that, after a long battle the GIST finally won, and Mike passed away in October 2012.

Our sympathies go to Mike's family.