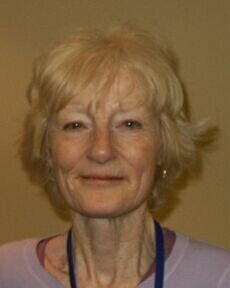 Early in September 2002 I visited my GP as I had been suffering from a slightly upset stomach on and off for a few weeks and I had also noticed a lump that was "coming and going" at the left hand side of my abdomen. My GP referred me for an urgent ultra-sound scan. The alarm bells immediately started ringing at that examination and the person who conducted the scan told me that I had a problem with my left ovary. My GP referred me post haste to a consultant gynaecologist who advised me that the large mass (20cm x 16cm) reported at the ultra-sound was probably an ovarian tumour but there was just a slight thought that it could be related to previous surgery on my bowel (I had an intussusception repaired in October 1980) but an MRI scan would confirm what was happening. The MRI scan took place and I was phoned up the next day and asked to return for a further scan. The consultant radiologist explained that she had been asked to report on what was thought to be an ovarian tumour but she was not satisfied that the scan supported this.

After further extensive scanning the consultant told me that she did not know the source of the tumour but it was wrapped round my spleen and my left kidney, it was squashing my lungs and also pressing on my left ureter - in fact she said it was "pretty crowded in there!" Before surgery, which took place six weeks after the scan, I was advised that my spleen and left kidney might have to be removed and there was a possibility of damage to nerves near my spine.

While I was waiting for surgery the tumour continued to grow (I am a very slim and it was possible to see the extent of the tumour). In the event a tumour weighing 6lbs was removed from my abdomen and my bowel was resected in three places. I returned home 9 days after surgery - having lost a stone in weight and gained a dose of MRSA. When I attended for my first Out Patient appointment five weeks after surgery the consultant explained that the tumour was a GIST. He referred me to an oncologist regarding possible use of Glivec but the oncologist explained that it would not be appropriate to give me this drug unless there was any sign of disease (all the tests indicated that the surgery had taken care of everything). My continuing care was to be handled by the consultant surgeon.

I recovered well from the surgery and by May 2003 was well enough to start some light exercise. I had MRI scans in March and August 2003 which were clear. I retired from work in November 2003 and life was going along really well until earlier this year.

I went for a routine checkup MRI scan in mid-February and learned subsequently (9 weeks later in fact and though profuse apologies were given no proper explanation for the delay was forthcoming) that I should have been called back urgently. The scan revealed that I had a recurrence of GIST at two places - in my liver and an area near my stomach (all very small). My family and I, were all absolutely shattered by the news. I had been so well since the operation and had had no signs that anything was wrong. I was doubly angry about the delay in getting the news, as not having heard anything within 10-14 days of having the MRI scan I had fallen into the "comfort zone" of believing that I was A1.

Obviously I was re-referred to oncologist I had seen previously and was immediately prescribed Glivec - 400mg daily. So far I have taken Glivec with no ill-effects (I read all the helpful advice from contributors re taking the tablet with plenty of water, etc) and a CT scan in September showed that the tumours seem to be shrinking. I am due to have another scan in a few weeks.

The high levels of radiation associated with CT scans does concern me but what choice is there? My oncologist also tells me that the health authority here does not like patients to be given more than 4 weeks supply of Glivec at a time so it is rather a drag having to attend Out Patients once a month. However I managed to negotiate six weeks between the October and November appointments, and the imminence of the festive season has given me a seven-week breather before I have to go again.

I feel a bit of a freak sometimes but am more grateful than I can ever say that Glivec is available.