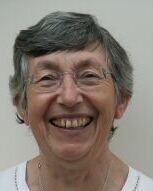 In November 2000 I started having mild pain under the base of my sternum. After a week or so I went to my GP who referred me to the gastro-enterologist at my local hospital.

In January 2001 he said, "I do not think it is anything to worry about, but we'll do a gastroscopy just to make sure." I waited.

Two months later I had a gastric bleed. It did not last more than three or four days, but I went back to the GP who wrote asking for an urgent gastroscopy. I waited.

Three weeks later, I went back to the GP. She phoned the hospital. They had lost her letter! It was May when they finally looked inside, and could see nothing except a slightly inflamed area.

By this time I was beginning to get a bit worried. What was happening? The mild pain was still there. It was not bad, but I knew it should not have been there. They decided to do an ultra-sound. After a muddle with that appointment, it was June when I went. A grapefruit-sized tumour was found. Then things happened fairly fast, but the surgery was not until July. I was still assured that most tumours like this were benign.

By this time, the tumour was 17cms diameter. I also lost my spleen and half my stomach, but there was no sign of any spread. The tumour was sent off to the Royal Marsden and the diagnosis was given to me: GIST, very large, very active, but removed with clear margins. The follow-up CT scan showed no spread to anywhere else. I did not know then how lucky I was. I had no idea what a GIST was until I found the Liferaft web site. This was too full of obits for comfort.

Because there were no mets. I was not put on Glivec, and I just got CT scans every 6 months to start with. and then just once a year.

There have been some difficulties on the way. After about three months, I sometimes got acute pain immediately after eating. My GP tried several drugs but nothing worked. Then I was referred to a specialist nurse, and she suggested that the scar needed stretching. After this was done, this problem disappeared. However, I still had both dumping syndromes, with diarrhoea and low blood pressure,or low blood sugar. I also found that my food was not being digested properly. Time has gradually sorted these problems out, although not completely. I wish I had known then that digestive enzymes can help.

One of the hardest things about my gist diagnosis was the feeling of isolation. Now that I have found others with GIST, this has gone, and I know that we can support each other. I did have some counselling in the early days which helped me to come to terms with a new way of living.

"Once I became reasonably well again, I started to find out more about GIST, and the support groups out there. I discovered the GSI site, and it did not seem to be so full of obits as the Liferaft one. I learned a great deal, and now use both sites to get information for myself, and for others in the UK. I am now chair of the UK GIST Cancer UK group. There is a need for both the US based sites and the UK site. Although GIST is the same on both sides of the pond, the medical organisations are very different. Some patients in my situation would just like to leave GIST behind and get on with life, but I feel so lucky that I want to support and help others in the GIST community."

In May 2009, over seven years since my surgery, the odds against a recurrence should have been progressively better and better. However odds are only odds, and my run of good luck ended. What was initially thought to have been just a harmless cyst was showing signs of growing. I started taking Glivec in the hope that the tumour would shrink and could be resected.

In February 2010 it was decided by the team at the Marsden that the time had come for surgery. They took about 40% of my liver. This seemed a bit greedy for what was now only a 3cm tumour, but of course I was not in a position to debate the issue at the time. Afterwards, I decided, with the agreement of both the surgeon and the oncologist, that I would not go back onto Glivec. I would have CTs every three months. Now in October 2011 this has been extended to four-monthly, and we wait to see what happens. So far, so good.

I feel well, but I know that there is a possibility of recurrence. I'll go back onto the Glivec if I have to. In the meantime, I am enjoying a relatively drug-free life, just coping with getting gradually older!