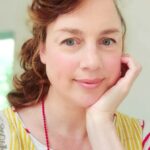 I am a 51 year old mother to our 10 year old son and currently working as a self employed commercial photographer and artist.

I live in Nottingham. In the past I gained a post graduate diploma in psychotherapy with Birmingham University. I also worked for NHS Direct for 5 years as a Health Information Researcher and Medicines Advisor. In my youth, I represented Great Britain as an international swimmer. I swam in a Commonwealth Games Final in 1986. I was also National Record holder. I've always been health conscious, active with fitness lifestyle and fitness conscious.

In February 2021 during National Lockdown, I had blood tests via my GP due to unusual and very high triglycerides level of 32.5. The normal level is 1.7. We had family history linked to high BP and fatty liver. On 15th February, the out of hours GP contacted me to tell me these high levels were very concerning. I was advised to attend A&E if I was experiencing any symptoms linked to chest pain, nausea, headache.

I was also very bloated, had been exercising less due to my gym closed in lockdown and was comfort eating. I had IBS type symptoms with difficulty passing bowel motions, or the opposite, and other problems that I associated with childbirth related pelvic trauma.

At A&E, I was cleared of heart attack related symptoms.

As I had been diagnosed with fatty liver on the NHS years before and was concerned re my blood fats level, I spoke to a private liver consultant for quicker answers. He advised an abdominal CT scan with contrast dye.

On the scan, a large pelvic mass was found. It was assumed to be a benign desmoid tumour which is a type of sarcoma that can react to biopsy by growing. However, we weren't sure it was that. I contacted Sarcoma UK  to asked about biopsy and the closest specialist NHS service to help me confirm diagnosis. I was directed to the QE Birmingham sarcoma team due to their team size and expertise. My consultant advised me at first appointment in May 21 that I would need surgery whatever it was.

The biopsy was done weeks later. I had a feeling the news would be difficult.

I was diagnosed with a malignant, cancerous tumour called GIST - Gastrointestinal Stromal tumour. I was scheduled for surgery on 22 June.

I was very impressed with the NHS care at QE Birmingham. I felt very safe in the surgeon's hands. I had a small bowel resection via open laparotomy to remove a 9 cm tumour. I am still in consultation regarding surveillance and possible use of targeted chemotherapy.

I have not worked for 7 weeks since my surgery. I have an intermediate to high risk of recurrence of the cancer. This experience has changed my life.