Hugh has very kindly written down his experiences of taking Glivec for us, and if you are starting to take Glivec, you may find his hints helpful. He emphasises that this is just his personal experience, and we know that we all react differently.
Judith 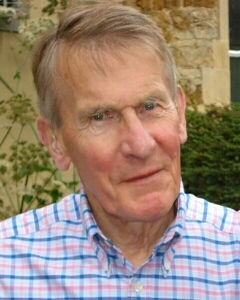 Living with imatinib (Glivec)
Having been on treatment with Glivec (400 mg daily) for eleven months I thought I would set down my experiences for those who may be starting treatment. In my case the drug has been given for a GIST (gastrointestinal stromal tumour) and it has been effective in shrinking the mass to the point where surgery is now being considered.

Glivec is a drug with side-effects and this paper relates how I have been affected by them. At the outset there are three general points to make:

Nausea and weariness
I couple these symptoms because they often seem to come together. I have had few days with no nausea at all but on most days the feeling of sickness is relatively short-lived, perhaps lasting 10 or 15 minutes. It is often accompanied by a feeling of tiredness or unwellness and can come at any time of day. Again and again I have thought to myself that I must be starting "flu" or some other disease and then realised that it was a Glivec effect. A quarter of an hour later it has usually gone. I have never been sick and my appetite has not been affected.

The weariness is sometimes enough to make me sit down and have a rest but if there has been something that I want to get done, such as to cut the grass before the rain comes on, I have usually forgotten the weariness by the time I am on the lawn. I think my energy level is a bit lower but it could just be the result of being 83.

Diarrhoea
Like other effects this varies a great deal but is usually noticeable in the morning, that is to say up to 10 hours after taking the pill. On most days there is a slight looseness of motions but no real urgency. Sometimes I feel a strong need to go but the urge is controllable. I have quite often had to "go" before going out on my morning jog. Three times I have had to get up in the middle of the night.

Downwind
This is a rather coy term for a fart. I think farting has been rather more frequent but it is undoubtedly more malodorous. Before social occasions it helps to empty one's bowels.

Puffiness/oedema
There has been some degree of fluid retention leading to swelling of the ankles and puffiness around eyes. The ankle swelling is most marked at the end of the day and the eye-puffiness on waking. I have learned to avoid sleeping on my front as this makes it worse. It largely subsides after my morning jog and has mostly gone by mid-morning. My weight is about 1 - 2 kg more than usual.

Cramps/spasms
I quite often have a brief cramp in thigh or calf as I am getting out of bed. It is similar to the cramp everyone has from time to time and goes quite rapidly but has been more frequent. In addition I often have brief cramps in a hand or ankle for no obvious reason, for example when reading.

Palate
I do not have a discriminating palate for wine but I have noticed a reduction in my enthusiasm for red wine particularly if drunk without accompanying food I still enjoy white wine but seldom feel like drinking more than a glass or a glass and a half. My enjoyment of food is unchanged.

Blurred vision
I mention this, not because it has been a significant effect but because I think I have bought new glasses unnecessarily. I complained that now and again I could not see where a golf ball was going or that one eye was not seeing a traffic sign as sharply as the other. Like my other symptoms this has varied and is not a big problem but when it was still present with the new glasses realised it was probably the imatinib.

Conclusions
I may have been lucky but I have found life on imatinib quite bearable. It has not stopped me from doing anything. And it seems to have been effective in shrinking my tumour. So I am grateful for imatinib and for an NHS which is ready to pay for it.