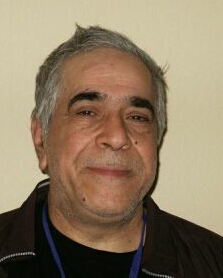 In the month of April 2006, I began to feel a lot of pain in the lower part of my stomach. First I put it down to something I must have eaten, but it continued to be very uncomfortable. After a couple of weeks I decided to go to the doctors for a check up as my testicles had swollen and this gave me a lot of worry. From the examination my doctor gave me, he could tell there was cause for concern and sent me to see a specialist. From there I had an immediate scan and was told I had a tumour. On the 30th of May I had it removed.

After spending two weeks in hospital in recovery, then going for regular checks and blood tests, I was then sent to see an oncologist who informed me that there were traces to be seen on my liver, and without my even asking him, told me I had only 5yrs to live. As you can imagine this totally shattered any hope I had of getting better.

Coming to the GIST meeting on the 26th October 2006 gave me back my hope. Thank you so very much to yourselves and all other sufferers who attended.