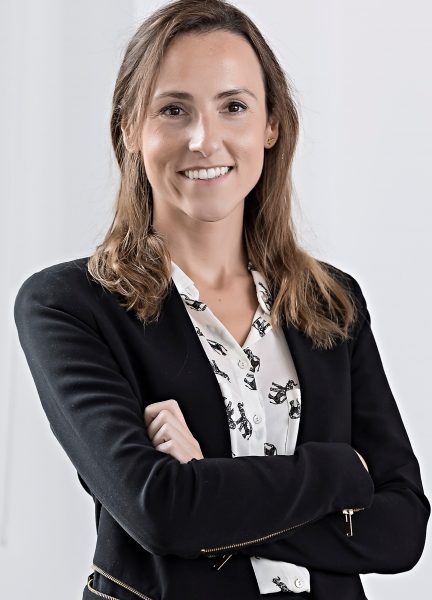 My name is Amalia Formoso and four years ago, at the age of 30, I was diagnosed with Wild Type GIST, a very rare cancer which meant having my entire stomach removed. I would like to share my story with you to explain you how much my life improved despite all the odds. I feel strong and full of positivity. I believe that “we all go through good and bad in life; the obstacles we find on the way allow us to appreciate the good things to come”

Born in Spain I spent my twenties working and partying. I was either at the office working ridiculous hours including all-nighters once a week or out having a very active social life. I was eating out, smoking, drinking and clubbing. I was having fun.

However, it all changed when one day I woke up so tired that I had to call in sick – something I never did before. I had been having palpitations when climbing the stairs for months but thought it must be the smoking or the lack of exercise. But, that day, I just could not get out of bed. I slept until 4pm and went back to sleep at 8pm.

The next day I went to work and nearly fainted on the Tube, my iron levels were extremely low and I was referred to the hospital where they gave me four blood transfusions.

Doctors told me that I only had one option: a full stomach removal.

It was scary. But the doctor played it very smart when he explained to me that the worst secondary effect would be that it will be difficult for me to gain weight – what woman would not be happy to hear that? I decided to focus on the positives.

My family and friends played a key role in the recovery. My friends flew from all over from Spain and Europe. We had a farewell stomach party before the operation and everyone´s agenda was coordinated to make sure there was always one of them holding my hand, filling me in the gossip or making me laugh. I didn´t have a minute alone. My parents were next to me every minute and the hospital staff couldn’t have made me feel more comfortable. I know it is bizarre to say, but I only have good memories.

However, reality hit when I got home.

I had to eat very small amounts of food and even if they were miniscule, I would struggle to breath. It was very frustrating; I knew I had to eat to recover but it made me sick and I would go to the bathroom constantly. I lost 10kg in weight in two months.”

One morning I woke up crying and thought I’m never going to be ‘normal’ again. I won’t be able to go out for dinner or on a date without getting half way through the starter and then running to the bathroom. This was the second time and last time I allowed myself to feel sad. I cried for five minutes and promised myself that I would not allow my life to be ruled by my sickness.

I started eating five times a day, exercising at least thirty minutes every day and I was feeling stronger, happier and more energised that ever before.

I enjoyed four years being cancer-free and went to my six-months check-ups without thinking that the cancer could come back but, in July 2018, my scan showed that I had developed two new tumours in my liver. I have tackled them with the same positivity.

I’ve come to terms with what has happened to me in the last five years. I am aware that I need to see it as a chronic disease and, although there is no treatment for it today there are doctors that are researching to find a cure.

I am working to support the PAWS-GIST Clinic who specialise in wild-type & paediatric GIST patients such as myself. The team, led by Dr. Bulusu, is aiming to improve treatment, provide highly specialised care plans and find a cure for this rare form of cancer.

Today, surgery is usually the first choice, provided this is possible. There are some drug treatments like Glivec (Imatinib), Sutent (Sunitinib) and Regorafenib (Stivarga) but wild-type GISTs patients, like me do not respond to these therapies. At the moment there is no cure they can offer me. But it is encouraging to know that there is a team of people working on developing future treatments.

PAWS-GIST is a specialist branch of GIST Cancer UK (reg. charity no: 1129219) which focuses on children, young people and all with wild-type GIST. After meeting with Dr. Bulusu and his team I realised how important it is to raise awareness of GIST and funds to support their research.

My family and friends support give me strength every day and most importantly, they do not allow me to feel like a sick patient.

My cancer is not going to take over my life; there are many things I want to do in this life and I will not allow my GIST to hold me back.

I am sharing my story to let people know there is a cancer called GIST and we need your help to support PAWS-GIST specialists find a cure. The more patients they can analyse, the more information we will have to fight it.

It is only by spreading the word about rare cancers and about signs and symptoms that we will get results.

It has taken me a couple of years to process what I have been through. It wasn’t until I went into a solo trip that I understood it. I have turned my story into a novel called Dear Blooming Me, written under my pen name of Amadora Fernández, which is available on Amazon. I am donating all the revenues of the book to the PAWS-GIST Clinic.

Key things you should know about Gastrointestinal stromal tumour (GIST):

GISTs are rare cancers that develop in the soft tissues of the body. They occur anywhere along the digestive tract but are most common in the stomach or small bowel. GIST tumours are normally driven by abnormalities in two genes: KIT or PDGFRA.

PAWS-GISTs are rare & relatively little is known about them. The two main centres undertaking studies are the NIH in the USA and our PAWS-GIST clinic at Addenbrookes Hospital in Cambridge UK.

There is currently no cure or universally effective treatment for PAWS-GIST. Help us find it.